Andrew started his career at Quantime in 1997 before a 2 year stint at GfK-NOP. Rather than being pushed around he decided that he would much rather push other people around so formed DataTree in 2000 so his dictatorship could commence.
Claim to fame: Nearly won a bet in the DataTree ConneXions betting syndicate during the 2015-2016 football season
Favourite food: Post-drink curry (Post-drink anything) or a hangover McDonalds
Hobbies: Cake-making – Andrew has a secret ambition to appear on Great British Bake-Off

Danny started his career working at TNS back in 1990 where things didn’t get off to a flying start for him as he couldn’t find the on/off button on the computer. Luckily he mastered that one before moving onto GfK-NOP. During a 2 year break from the UK Danny had several other roles including door-to-door salesman/ bailiff/ barman/ fruit-picker and hotel receptionist which made him realise that Market Research isn’t that bad after all.
Claim to fame: Nearly kicked-off the micro-brewing phenomenon after purchasing his first home-brewing kit back in 2006
Favourite food: Anything spicy – you know there’s always one that asks for the “hottest thing on the menu”..
Hobbies: Dancing with Morris Dancers at beer festivals

Adrian has been working with market research data for various companies, (including NOP Numbers and Ipsos Mori), since 1989. He has held a season ticket at his beloved Gillingham Football Club since 1993. Adrian has often wondered what he must have done in a previous life to have such stats to his name. He is our go to man for any horse racing tips / football stats & online poker advice.
Claim to fame: Nearly turned professional on the UK Pool Tour in 1998
Favourite food: Tomatoes (when he doesn’t have an anaphylactic shock from them)
Hobbies: Plays golf (badly) & loves a pub quiz

Fresh out of university in 2004, Fred joined DataTree and has been with us ever since, in fact someone should probably mention he is allowed to go home again. In this time Fred’s rise through the DataTree ranks has been nothing short of meteoric; Coffee maker? Stationary Checker? Job Folder Filer? Fred’s done it all.
Claim to fame: Sold one of his own paintings once. He will probably tell you about this.
Favourite food: Anything new and different. Braised Pinecones in a Fairy Liquid Jus? He’s there.
Hobbies: Anything arty/creative, has he mentioned he sold a painting yet?

Before Max settled at DataTree in 2008 he work at several other MR companies including AC Neilsen in New Zealand but being closer to Leeds FC was always his first priority so he relocated back to England. Max has extremely good knowledge of our public transport routes and connections having spent more than the average commuters time on the network including an overnight stay in a bus depot locked on the bus.
Claim to fame: Nearly made it famous in several punk bands but 42 hits on YouTube meant he couldn’t give up the day job
Favourite food: Curry & Pizza (all of the vegetarian variety of course)
Hobbies: Ten-Pin Bowling (as long as the side-rails are up)

You don’t need to know about Barry, he sits in a dark room full of tech. 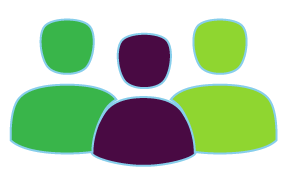 Working with Andrew, Danny and the team at DataTree is an absolute pleasure. They regularly move heaven and earth to deliver regardless of the requirement or complexity and I could not be more happy with the end product. They deliver a consistently high quality service that supports my business perfectly and is central to the high level of repeat business we receive. I can’t recommend them highly enough!
This site uses cookies: Find out more.